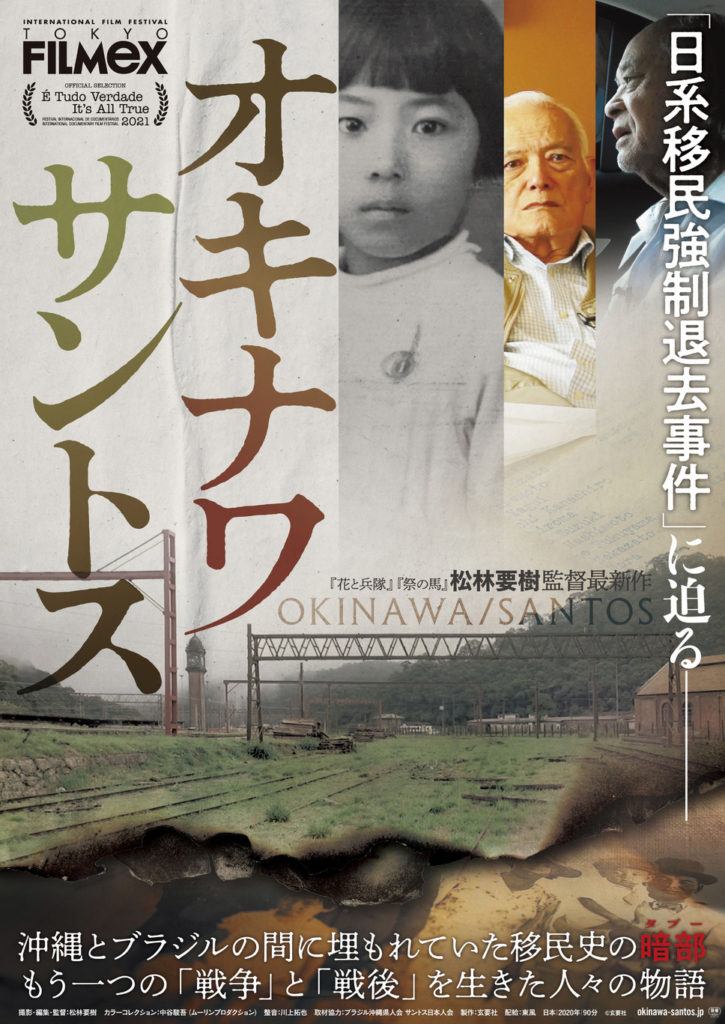 ＜Message from the Director
The Tokyo Olympics are about to be held, and yet the exclusion of immigrants and refugees is still occurring around the world. Needless to say, the Japanese government, as well as the so-called Japanese people in general, do not seem to be tolerant of refugees and immigrants. When I started filming this movie in 2016, I could not even predict that the world would be as pandemic as it is now, but I could imagine that it would be an intolerant society. I have come to believe that what happened in Brazil on the other side of the world during the war was the flip side of the military actions Japan took in Asia. I think that sometimes the perpetrators and victims of war are two sides of the same coin. So I believe that what the Japanese-Brazilians went through during the war is not a story of the distant past, but an event that can be a universal lesson for us today.