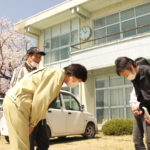 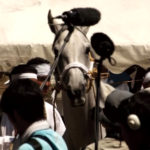 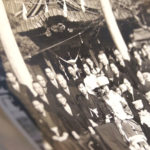 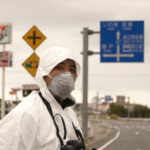 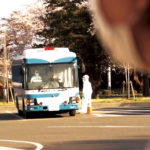 Fukushima:memories of the lost landscapes

The Enei district of Minami Soma town lies within the 20 km exclusion zone around the Fukushima Daiichi Nuclear Power Plant. In early April 2011, immediately after the devastating tsunami and nuclear meltdown forced people to evacuate the area, filmmaker Yoju Matsubayashi rushed here with relief goods. From a chance meeting with city councilor Kyoko Tanaka, he began making this film. Living together with the evacuees in school classrooms designated as temporary refuge centers, he captured an extraordinary period in the lives of the local people. Interspersed with humorous episodes and deep emotions, the film delves into memories of a local culture that has been taken away by the tragedy.

“The series of disasters in March 2011 made me realize that I had been ignorant of the local areas which had been next to the nuclear power plants. At the same time it meant that I had seen myself as an uninvolved bystander. What I regretted was that I hadn’t been imaginative enough to understand the risk of nuclear power plants. Living in Tokyo, our lives had depended on the electricity generated in the Fukushima Nuclear Power Plants. In that sense, I was one of the wrongdoers: we were apt to shift the responsibility onto the government and the Tokyo Electric Power Company, but I thought our unconcern also had contributed to the scale of the Fukushima nuclear disaster. Our overwhelming unconcern had supported a handful of people who hunted for advantage before the accidents. I shot this documentary film because I thought it would be one of the ways to take on this responsibility.”–Yoju Matsubayashi